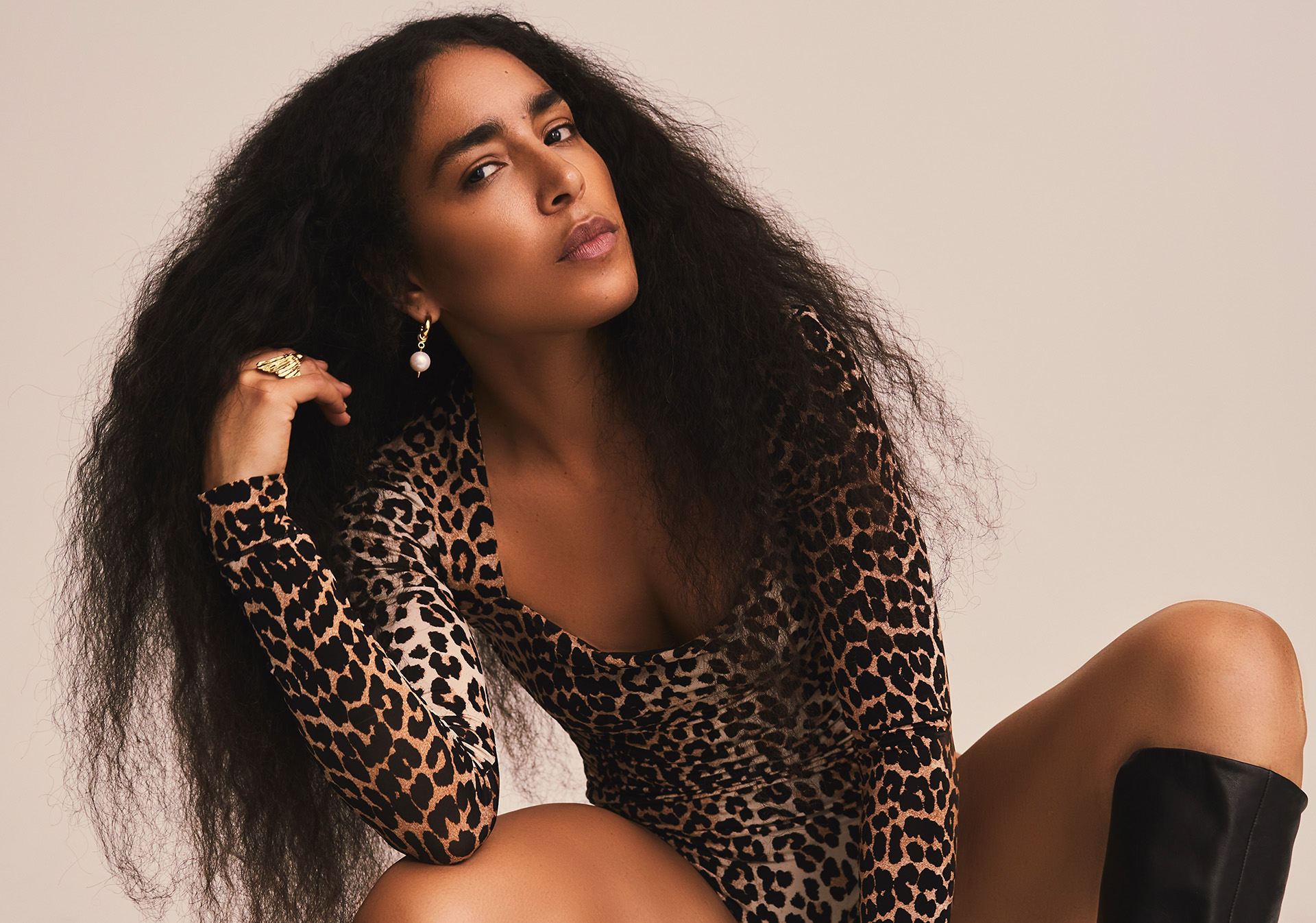 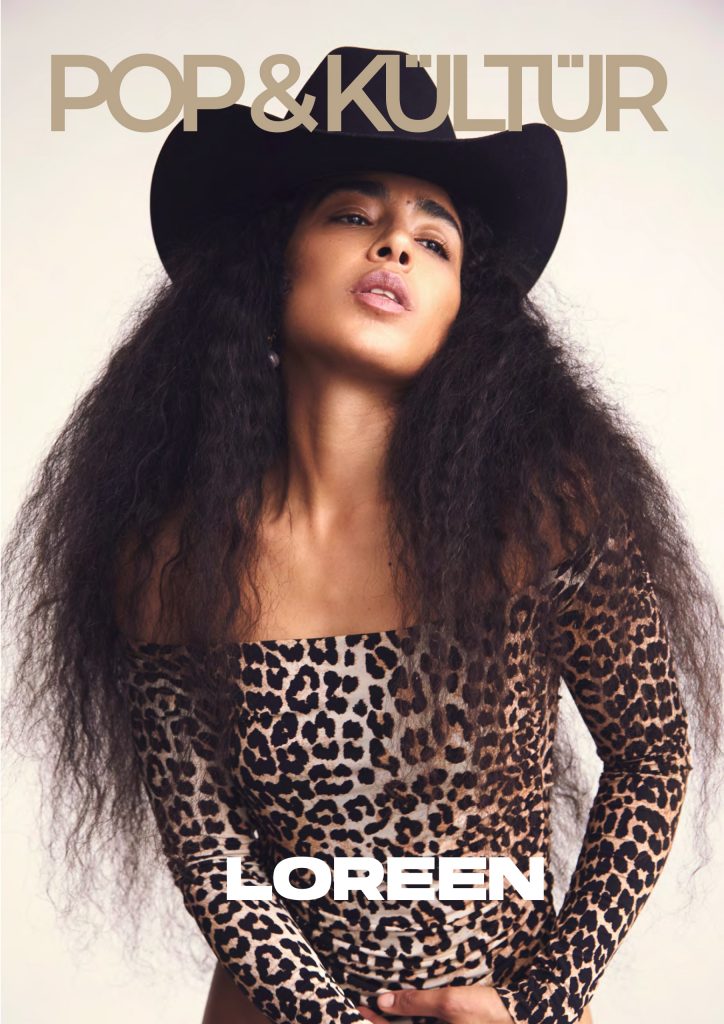 The famous Swedish singer Loreen, who achieved great success with the songs she released and won the 2012 Eurovision Song Contest with her song Euphoria is the cover artist of the July issue of Pop & Kültür!

We want to know how Loreen started with music. Can you tell us how the path leaded you to the music business? Were there any inspiring people who led you to take the direction into the music scene?

The music business or being an artist was never really the goal for my when I started singing very young. As a kid I was a little bit of a loner and when I first found singing I used to seek out places that had a nice echo or acoustics and where I could be alone. I would just sing  for hours mimicking big voices like Whitney Houston or just chanting ancient melodies from my nomadic roots . It wasn’t until my family convinced me to do something with my voice that it became a professional thing for me.

You will be on Tour soon, after 1,5 year of not to be able to do anything because of the Covid-19, How was that period for you?

Not being able to meet my audience, getting that personal connection and share important moments with them and also with family and friends has been really hard, same as for most people in the world. But I prefer to look at the silverlinings and I believe it has given me some breathing room and a chance to do some work inwards. Reflection often comes very clearly in harder times and I’m super grateful to have had the chance to record and perform some songs in my native language Swedish.

Your song „Euphoria“ was a massive hit around the world, charting in total of 31 countries and receiving gold and platinum status. You represented Sweden with that song at the 2012 Eurovision Song Contest in Baku and won. What’s the meaning of the song for you personally? How would you describe that period of time from todays point of view.

That song represents trusting in your intuition to me first and foremost. Leading up to recording the song and first performing it there where so many opinions saying if you do this or that the song will never work, but I really trusted my intuition and stood my ground and I believe that’s why the performance became so special. Everyone came together, everything felt in sync and that was a truly powerful feeling.

Your album „Heal“ topped the Swedish charts at number one and received platinum status. How would you describe this album, what made the album special to you?

This was my first album I made and that will always be special. I had the chance to work with some really talented producers and collaborators, some of which I still work with today.

You surprised everyone and participated at Melodifestivalen once again in 2017 with „Statements“ which topped the charts in several countries. How did you decide to participate once again and would you consider to return again?

Once again Christer Björkman ( Swedens president of ESC/MELLO) used his special skills in convincing me and I am so happy he did. I decided from the start that I wanted to really make a statement and I used the song and performance to really spread the word on diversity. I think it is one of the most interesting performances I have ever been part of creating.  At the moment I have so many things to do and participating again is not very high on that list.

Many people describe your music as being unique, memorable and true to yourself. How important is the factor „difference“ for you?

Different is not something I care about. Its all about being true and honest. I have my way of expressing myself and It comes from a very personal space. If I adapt or change it too much it will no longer be my true voice and therefor probably not that good anymore.

Indeed, if we look at your music throughout your career we see that your musical genre changed a bit. From euro-pop, to a more alternative, electronic pop sound. I guess you like to experiment new types of genres which we did not hear from you before. Which genre do you think you fit the best?

I love change and change is good for everyone. I never really looked at genres as something you need to stick to. I don’t know if think I fit in anywhere better than somewhere else. Maybe Opera? 🙂

Your musical work is often politically inspired. Your Melodifestivalen performance for „Statements“ for example included strong political symbols and you also mentioned human rights issues during the Eurovision Song Contest in Azerbaijan. How do you combine your music with politics, how important is it for you to be inspired from politics in your artistic work?

It is impossible to not get affected by the things going on in the world and around you and the way I see it artists like myself have an opportunity and a responsibility reflect humanitarian topics and inspire to look at the solutions we can achieve when we decide to work together instead of working or fighting against each other.

You will release brand new music and we want to know more about it. Can you give us some details? Will it be something different from what we heard until now from you?

Musically I’m currently working on a an album in Swedish coming out next spring,  which I’m super excited about. Parallel to my English project that we hopefully will launch later next year  . I’m also working on an international film projects that also connects to music in several languages, English -arabic and French..  I can’t reveal to much but I can say that I’m involved in as an actor and producer. And then I have the business side on which I’m about to launch a number of projects and products that is something gI have had going for quite some time now.

What can we expect from you in the future? Any worldwide tours, projects and more songs to come?

You can expect a lot of things and when they come you can rest assured that they will be 100 procent me. Im involved in a couple of film projects that has a lot of music attached to them and I can’t wait to travel the world and share my music with everyone again.

You can find out more about which cookies we are using or switch them off in settings.

This website uses cookies so that we can provide you with the best user experience possible. Cookie information is stored in your browser and performs functions such as recognising you when you return to our website and helping our team to understand which sections of the website you find most interesting and useful.

Strictly Necessary Cookie should be enabled at all times so that we can save your preferences for cookie settings.

If you disable this cookie, we will not be able to save your preferences. This means that every time you visit this website you will need to enable or disable cookies again.